Revolution in the 21st Century – China

On Sunday, we attended Revolution in the 21st Century – China at the Edinburgh International Book Festival.  A full house listened to Allan Little chairing a discussion with Chan Koonchung, author of a novel set in a dystopian China of the future, Robert Bickers, a political historian specialising in Britain’s relations with China, and Wang Hui, author of The End of the Revolution: China and the Limits of Modernity.  Very interesting discussion, with well-informed speakers, which gave an insight into various aspects of current thought and society in China.

Watch out for the mud in Charlotte Square

Which train is nearer to London when they meet?

We are all deeply saddened by the passing of Lindsey’s father, Peter.  Peter was a lovely, lovely man.  Always full of beans, always sociable, friendly, helpful and interested in whoever he was talking to, and he also had a great sense of humour.

He was a super Grandad to my sons Jamie & Shaun, and his three other grandchildren.  He and Olive came out to Zomba, and also Gaborone, when we were based there.  After a few days, we left the kids with their grandparents in our house in Gabs, and took Lindsey’s brother Jonathan for a trip to Lesotho.

We heard later that they’d taken Jamie & Shaun to the Sun Hotel for an outing.  The Sun Hotel was where Lindsey, I, Jamie & Shaun had stayed for four months on arrival in Botswana.  Well…as soon as Jamie & Shaun realised they were back in their old haunt, they ‘slipped the reins’ and took off!  Jamie immediately ran up the stairs, and Shaun zoomed off down the corridor, at great knots.  Grandpa chased up the stairs after Jamie, but Jamie was pretty quick for a 4-year-old.  Grandma chased after Shaun, but Shaun knew all the nooks and crannies on the ground level of the hotel.

The second day looking after the grandchildren, and they’d both been lost!  In darkest Africa, as well.

Not to worry, though.  Jamie had found his ‘old pal’ the hotel gardener, and was once more holding the base of the hose and helping to water the shrubs, and Shaun was eventually scouped up by a passing hotel maid.

Peter knew that I followed the England cricket team, and, as we know, for many years until recently, England didn’t always do too well at cricket.

Now, here’s a thing, I rarely answer the landline phone here in this house, almost never unless I’m the only one home, but it was almost uncanny that on the few occasions that I did in the past, it would not only be Peter on the other end phoning his daughter, but also the England cricket team would be going through some crisis or other at that very time.

When he heard my voice, rather than Lindsey’s, quick as a flash he’d ask “How’s your cricket team doing today, Roddy?”

“Ah” I’d answer, knowing that he’d already be aware of the the score, “It’s just a slight mid-innings collapse.  I’m sure the tailenders will add a lot to the score.  Harmy’s got his eye in, now, I reckon”

“How many have they actually scored, Roddy?” He’d ask.

“Lindsey!  It’s your Dad”  I’d call out, too embarrassed to give more details. 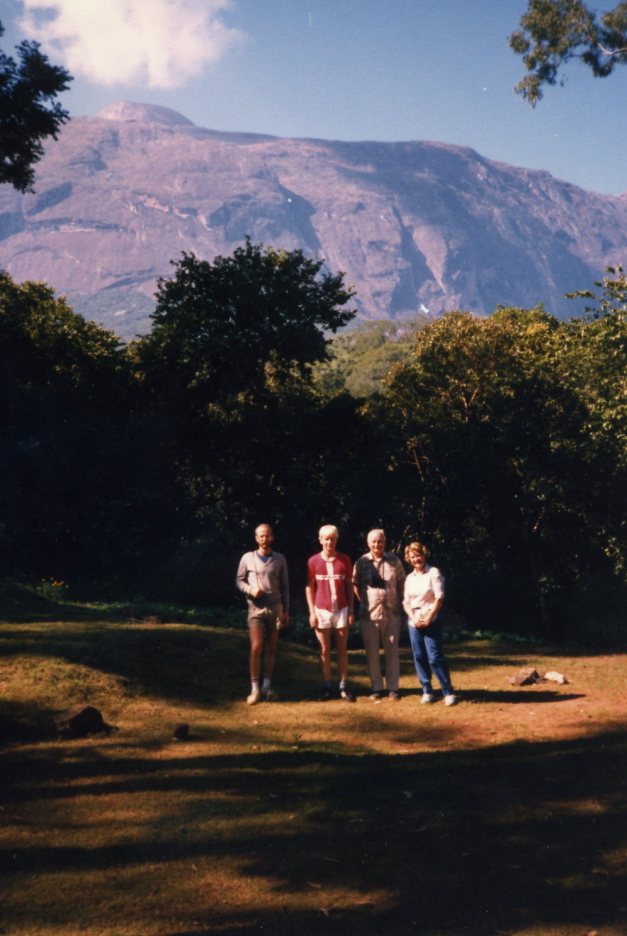 Apart from everything else, Peter was father to three lovely offspring, the eldest of whom I’ve been priviledged to be the partner of, for 28 years.

There will be a celebration of Peter’s life on Tuesday.

Izabella Scott, from Beyond Borders, kindly emailed me about the Books, Borders & Bikes International Festival of Literature & Thought, held at Traquair House near Innerleithen in the Scottish Borders on 20-21 August.  This festival is billed as the Platform for Small Nation Dialogue and Cultural Exchange.  Last year, Henry Olonga, former Zimbabwe cricket captain and all-round nice guy, attended.  This year’s programme was equally interesting, and we attended the Zimbabwe at the Crossroads discussion on Sunday.

The panel, chaired by Allan Little and including Sir Kieran Prendergast, Mordecai Mahlungu, Petina Gappah and William Burdett-Coutts, was very well informed.  It was really good to be updated about what has been happening recently in Zimbabwe.

The panel for Zimbabwe at the Crossroads

After the show, we looked round Traquair House, originally a hunting lodge for the kings and queens of Scotland.

Traquair House from the east

I was delighted to hear that Jean (Mev) Thomas, author of The Faculty Librarian blog, received a Faculty Special Award for Excellent Service to the Faculty from her university (Nelson Mandela Metropolitan University).

I mentioned Jean’s blog right at the end of a post about library blogs some time ago, as an example of a good/excellent library blog, and since then she’s kept in touch.  The good news is that as a result of the award, her Faculty is sponsoring her to attend the Internet Librarian International conference in London at the end of October, where she’ll be able to go to presentations by informed people such as Karen Blakeman, Phil Bradley, Brian Kelly, Alison McNab, Marydee Ojala and more, and swap stories from Port Elizabeth.

Awards like that are an excellent way to reward special effort.  More universities should do the same or similar.

Check out The Faculty Librarian for an example of a library blog which shows what you can do with some enthusiasm and good ideas.

Posted by Roddy MacLeod on August 23, 2011
Posted in: General, Meals. Leave a comment

This was the paella Caro and I cooked for Shaun’s birthday. 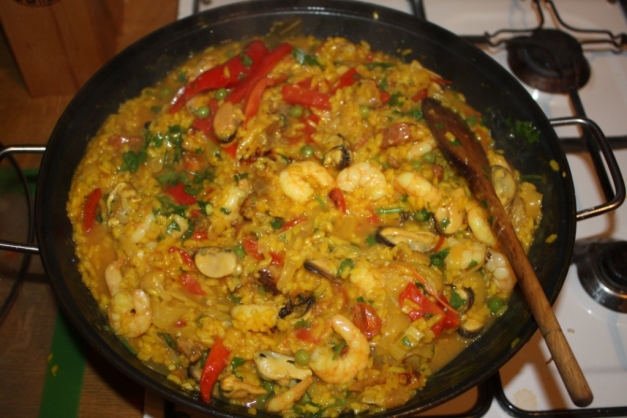 On the way to Cromer, we had lunch at Cookie’s Crab Shop, in Salthouse.

I last visited Cromer as a wee boy.

As Lindsey’s Dad had unfortunately taken a bad turn for the worse, we cut short our stay at Cromer, and returned to Edinburgh.

From Kings Lynn we drove to Cromer, stopping at Burnham Thorpe for a couple of hours.  Burnam Thorpe is where Horatio Nelson, 1st Viscount Nelson was born and brought up.  We had coffee in his local pub, which in his day was named ‘The Plough’. 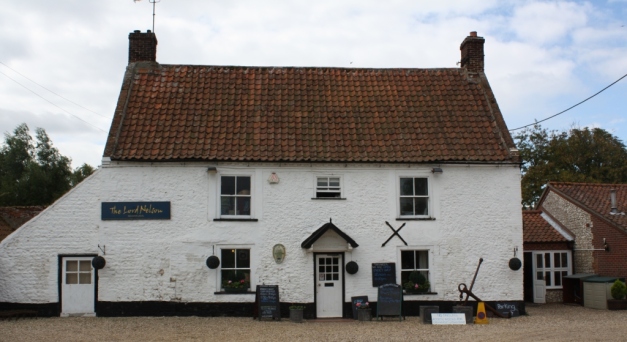 The Lord Nelson, previously 'The Plough' 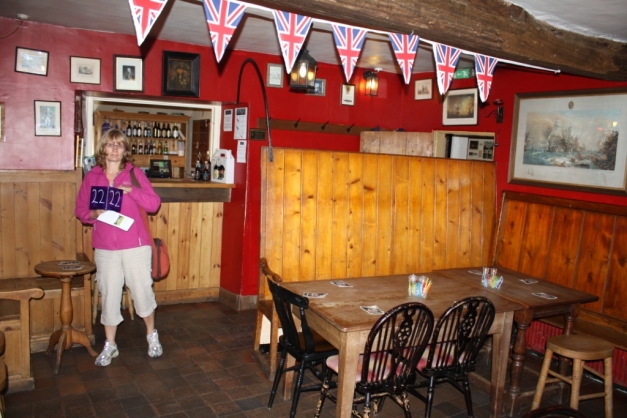 Objects on display inside the pub

In cricket, a score of 111 is known as ‘nelson’, and is thought to refer to Lord Nelson’s lost eye, arm and leg (but Nelson actually had both of his legs intact, the third missing body part is mythical).  That score is supposed to be unlucky, so Umpire David Shepherd made popular the practice of raising a leg or legs from the ground on Nelson in an effort to avoid bad luck.  The crowd loved it. 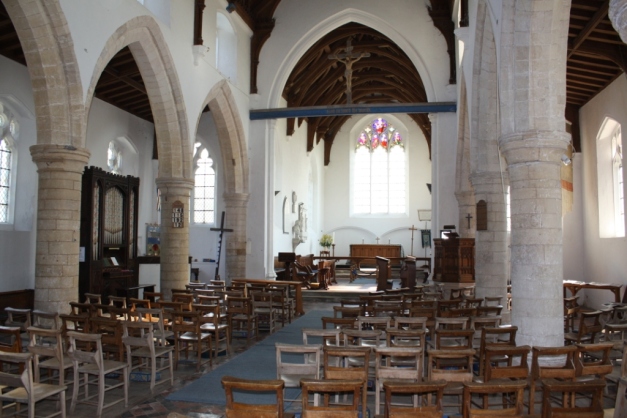 Lord Nelson's father was rector of the local church

Burnham Thorpe is well worth a visit.  Though now completely inland, the tidal sea estuary used to reach the village until the 1400s.

I’m a bit behind with these blog posts, so need to catch up.  The other outing we did from Kings Lynn was to Sandringham, the Norfolk retreat of Her Majesty The Queen.  It’s not a particularly old building, but is still impressive, especially the museum and the rooms that are open to the public, which you’re not allowed to photograph.

Sandringham, from the west

A summer house in the gardens

The stables - now a museum

Of course, you want to know about the toilets, so here they are:

After the cricket, we drove from Birmingham to Kings Lynn, and spent three nights at the Kings Lynn Caravan & Camping Park.  This is a good base for exploring the area, which we did on bikes, though some of the roads were particularly busy.

Kings Lynn seemed a bit like northern Spain, in that some places were not open when you thought they might be.  There’s also a shortage of bars with places to sit outside in the town, though we found Bradley’s, on the front.

Kings Lynn has a long history, and one or two small bits of the medieval walls are still in place.  George Vancouver was born in Kings Lynn.

Below is a picture of the Custom House, on Purfleet Quay, which was built in 1685.

The building was described by architect Nikolaus Pevsner as “one of the most perfect buildings ever built”.

The next picture is of a deserted church, about three miles outside the town.  The village that used to be situated around the church was cleared by the landowner to make space for sheep, several hundred years ago.

We cycled to Castle Rising, where there happened to be a re-enactment taking place.

The re-enactment involved about 40 soldiers dressed as they would have been in 1815, French, English and Prussians.  Although they had a cannon, the French lost the battle. 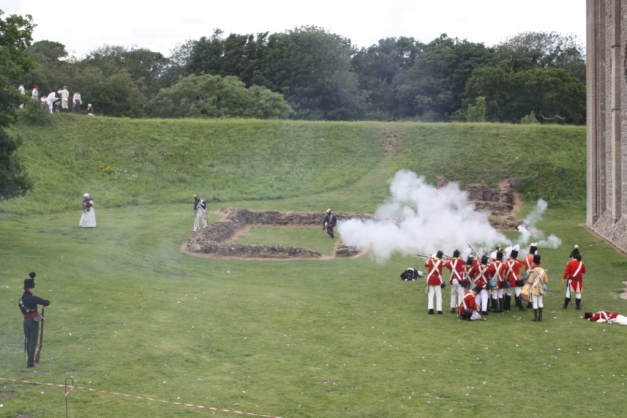