Over the past two weeks I’ve been cooking meals for numerous guests, often at a moment’s notice. 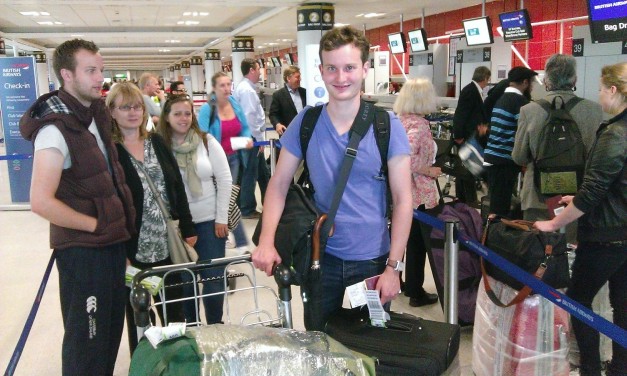 Yesterday, we saw Jamie off to Africa.

In my last post, I mentioned the book Africa: Altered States, Ordinary Miracles, by Richard Dowden.  Anyone with an interest in Africa should read this book.  Dowden provides some answers to many relevant questions about Africa.  Why has most of Africa not developed economically in the same way as South East Asia?  What needs to be done in the future?  He is positive about the future.

He points out that in the West, we often see in newspapers and other media pictures of African disasters.  Africa is a large place, and disasters do happen from time to time.  Disasters are not the norm there, though.  Such images largely suit the purpose of charities.  Sometimes they result in us sending the poor Africans our cast-offs.  Old t-shirts, or used schoolbags and suchlike.

Meanwhile, China undertakes much more purposeful projects in Africa.  A new road, a new factory, a re-opened mine.  Africa is a large place, and such projects are not always perfect.  In the West, we tend to hear about only those Chinese funded projects that go wrong.  But many parts of Africa are benefiting from Chinese involvement.

A growing number of Africans are receiving university education in China, with the expectation that they will return to Africa and put their new skills to good use.  Meanwhile, in the UK, we tend to say we’ll only allow highly educated and wealthy Africans into our country.  So, the net result is that doctors and nurses, who have been trained at great expense in Africa, come and work in the UK.

I believe in the power of information, which was the main reason I became a librarian and worked in two university libraries in Africa.  In a very small way, I tried to do my bit.  They no longer need people like me to go out and do that sort of thing, but they still need access to good information, and good information is sometimes very expensive.  I’m thinking, in particular, about access to scholarly journals, which can cost many thousands of pounds.

This is one reason why I’m so pleased that, due to the success of our most recent bid for funding, JournalTOCs is going to be working with INASP and will provide free access to the JournalTOCS Premium service for up to twenty libraries in developing countries.  INASP is an international development charity working with a global network of partners to improve access, production and use of research information and knowledge, so that countries are equipped to solve their development challenges.  They help to provide access and use of international research information by researchers in developing countries.  JournalTOCs will work with INASP to produce a demonstrator of a consortia version of JournalTOCs Premium.  My ex-boss in Botswana, Kay Raseroka, helped us to introduce ourselves to the people in INASP.

One thing which is obvious from reading Dowden’s book is that many countries in Africa also need good economic policies.  That’s where Jamie can hopefully make a small contribution.  He’s an economist, and he’s off to Africa.

Posted by Roddy MacLeod on August 29, 2013
Posted in: Uncategorized. 2 Comments

Here are two of Lindsey’s Mum’s roses, photographed by Olive on her new iPad.  Aren’t they nice? 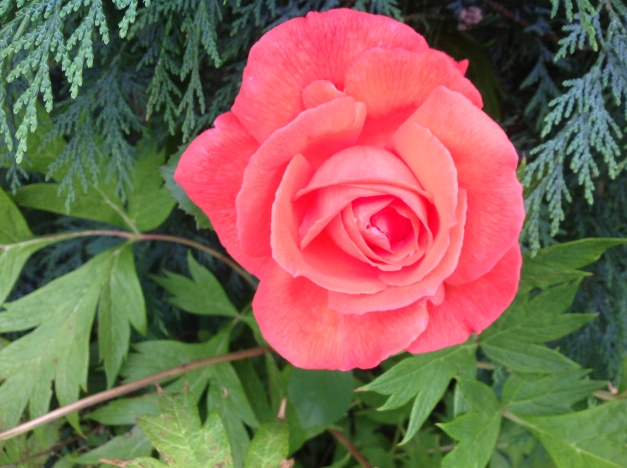 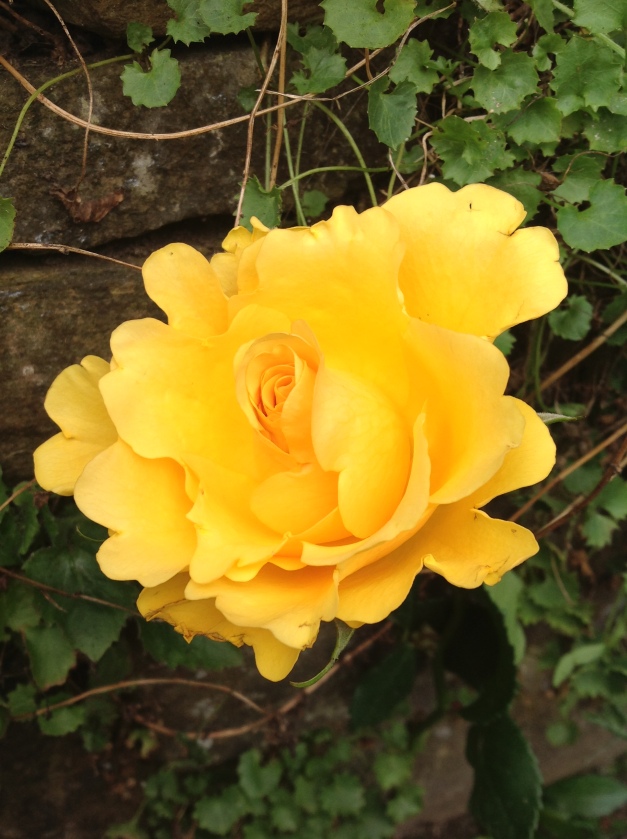 I want to go to Ghana

The title of the song by Dorothy Masuka is “I want to go to Ghana”.  On Thursday, Jamie goes to Ghana for a two-year contract, to work for the government there.  Kat will follow in a couple of weeks.

I thought I might be able to pass on some advice, but I’m very out of date about such things as living and working in Africa.  Everything has changed a lot in the twenty years since we left Botswana, and even more so since we left Malawi in 1985.  When we set off for Malawi, we sent our luggage on by ship, and it contained most of the clothes, electrical goods and other things that we’d need for the next two years.

Nowadays you can buy most of what you need anywhere, and telecommunications are far better as well.  Accra is a much larger place than either Zomba or Gaborone.

Nevertheless, it is all go here just now as Jamie packs his various bags, and gets the necessary documentation and other things in place.

We will hope to visit them sometime next year.

Chinua Achebe once said that Africa has always been a rich continent for the ‘smart and the lucky’.   Jamie is both, so I reckon he’ll do OK there.

I read that quote from Achebe in Africa: Altered States, Ordinary Miracles, by Richard Dowden, an immensely impressive book, which you must read. 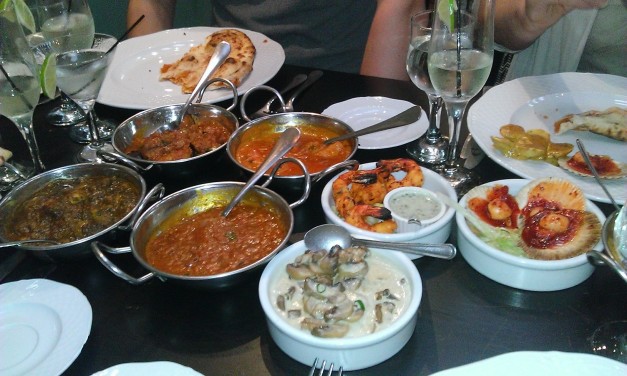 The return on investment (ROI) of my potatoes this year has been incredible.  This year, I didn’t plant any at all, yet below is part of the crop which must have resulted in me not having harvested all of last year’s crop.

They mentioned the war

I went to two presentations at the Book Festival yesterday, and both of them mentioned the war.  The first one was given by Rana Mitter, to introduce his book: China’s war With Japan 1937-1945: the struggle for survival.

The second one was by Halik Kochanski, author of The Eagle Unbowed, a book about Poland during the war.

Excellent presentations, both of which were very well attended.  It is fascinating to realise that hundreds of people will turn out in Edinburgh to listen to talks about the history of WWII. 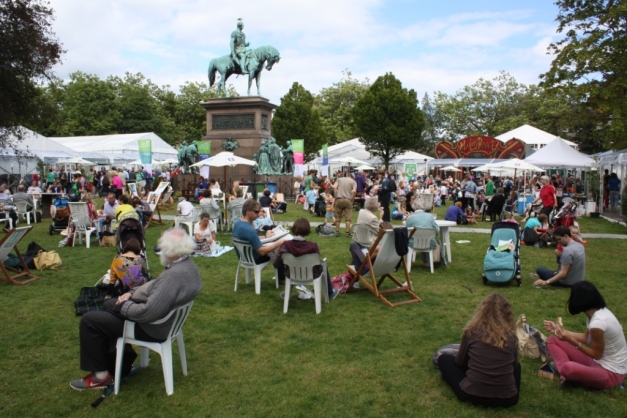 Charlotte Square, the venue for the Book Festival 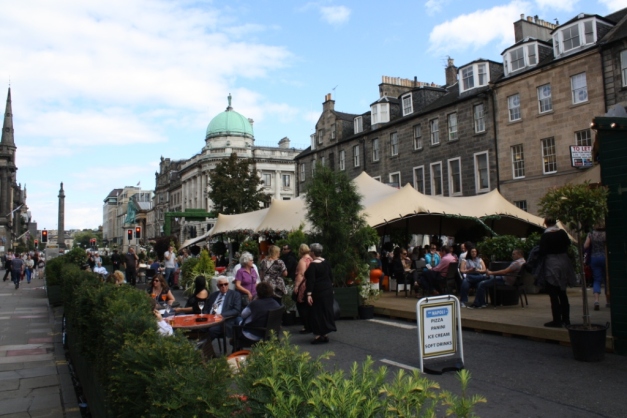 Half of George Street is currently blocked off to traffic, and is being used for restaurants and bars.

You never know what you’re going to see next in Edinburgh, at this time of year.